Who says you can write your own destiny?

Every day I try to forget 'Aamir' and every day, the film seems to come up in discussion, the papers or as a TV spot. For over a week, I've been trying to tell myself, it's only a film. But try as I might, I cannot calm down the negative vibes it has evoked in me.

The fact that it is shot in Chor Bazar, Bhendi Bazar, Dongri, the areas that I grew up in, where I still have family, where my family still has family and friends, makes it difficult for me to view the film objectively. In my childhood, these areas were mohallahs, not ghettoes, as they have become now.

And I wonder, how did these traditional community enclaves become ghettoes? Is it due to overcrowding and a breakdown of infrastructure? Is it due to the takeover by communal and criminal elements? Or is it due to a changed perception of a community?

The director of 'Aamir' professes that the film is the story of a common person, and how easily a common man today can become a victim of elements beyond his control.

The dangerous part of the film is how every common man from Andheri to Dongri, in fact, seem to be part of the terrorist network, connected to Pakistan, actively a part of the terrorist nexus, or at least passively aware of it. From the taxi-driver at the airport to the seemingly friendly prostitute in the dingy lodge in Dongri, from restaurant owner to waiter to STD phone booth woman, from the manager of the lodge, petty gangsters to junk-yard workers, and countless other nameless, unidentified faces, they form a malevolent, hostile and inescapable trap for any innocent.

1. That most of them live in ghettoes.
2. That they live in filth and squalor.
3. That they do nothing to come out of it.
4. That they eat and butcher meat, and that enhances their inherent violence.
5. That they are more attached to the larger Islamic community rather than their own country.
6. That they get a huge amount of money from outside to fund their terrorist activities here.
7. That most of them are connected somehow with the terrorists or the underworld. Actively or passively.
8. That an outsider cannot say who or who may not be involved.
9. And of course, that anyone, who makes any attempt to get out of the larger community will still at the end be subsumed by it, becoming part of the terrorist nexus due to circumstance, or become a victim to it.

These are as absurd as the myths that all Gujaratis are right-wing Hindu fundamentalists, all Biharis are thieves and crooks, all Maharashtrians are lazy, unfriendly and insular, all Goans are amiable drunks and all Sikhs are either fools or trouble-makers.

The trouble with the film is that it is very well-shot. Anyone, who has anything at all to do with film-making in Mumbai will know how difficult it is to execute a shoot like that, given the crowds and traffic here.

That combined with the narrative form of a man chasing against time to save his loved ones, in fact, does not give any space for the protagonist Aamir, to be well-defined as a character. The one dialogue that makes his stand clear, that he believes that each person can make their own destiny, that they can pull themselves out of their circumstances, gets lost in the thrill of the chase. And of course, by the countering dialogue of The Bad Man who asks if this is the destiny (that is trying to save his family) is what he has chosen.

The Bad Man however gets enough time to repeat ad nauseam his stand on the Muslim issue, spending a lot of precious time haranguing Aamir about Islam, his responsibilities to the community, his infidelity in having a Hindu girl friend, not caring enough to send money to fund terrorist activities, and so on. To the extent, that it gets one wondering whether The Bad Man is more keen on teaching Aamir a fundamentalist lesson in Islam, or he wants him to get on with the job.

Was The Bad Man seriously hoping to convert Aamir to the terrorist cause, by kidnapping his family, having him wade through shit, not letting him drink water (a very un-Islamic thing to do, by the way, because not giving someone a glass of water when they ask for it, is tantamount to a sin in Muslim households), having him beaten up??

In the same vein, it is not clear why Aamir, an innocent and reluctant man, has to be emotionally blackmailed into putting a bomb in a bus, after a complicated, convoluted journey through the city, when it would be the easiest thing in the world for any one of The Bad Man's minions to walk into a crowded bus with a bomb, leave it there, and walk away, without any trace.

But of course, The Bad Man is a dark, bald, fat, meat-eating monster who shuns light, and sits in a dark room all day. He exudes menace when he holds up a kid, and then proceeds to beat up a toy monkey. So perhaps, one can expect only illogical planning from him.
at June 26, 2008 16 comments:

Email ThisBlogThis!Share to TwitterShare to FacebookShare to Pinterest
Labels: not fair, of family and friends, real world, the movies 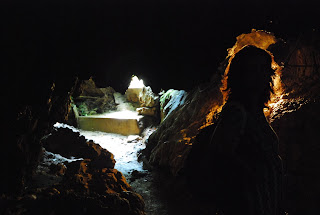 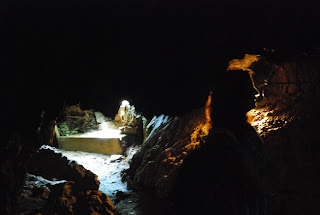 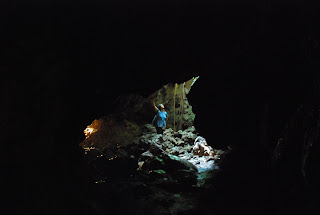 Since I feel a bit like this these days, am posting these pictures of me in Mawsmai cave. 19 May 08. Teja was photographing the cave, so you'll have to peer hard to find me.

I have to peer hard to find me, these days.

Why should anyone want to go traipsing through a cave? Rather squeezing through, crawling and groping through one. All I can say it cheered us all up immensely, apart from making us very hungry.

The cave's been lit up now with artificial light, which our friends hated. They said it was much more fun in the days when you had to find your way through, with a torch. Apart from the fact of course, that the lamps are fancy, plastic flowers, which don't "match" the caves, at all.

The path to the caves too has been paved, making the whole exercise like a walk through a public garden (see the step in the picture). Thankfully, the path in the caves is not paved.

What was on sale in the car park was bundles of cinnamon sticks, plucked straight from the trees (were they? or my fancy as always?). And 'churan' made out of 'bor'. Teja bought all the churan the lady had. I found the packets weeks later in his camera bag.

Oh, by the way, the full name of the Mawsmai cave is Mawsmai Nongthymmai Elaka Krem Pubon. Meghalaya. I saved up the entrance ticket. Ha!

Email ThisBlogThis!Share to TwitterShare to FacebookShare to Pinterest
Labels: fotoos, holidays, of family and friends, Teja

All work, no fun

Dhanno comes back home after a 8-hour day in school, lugging her 14 kilo bag in the afternoon sun. She is sweaty, hot, tired, cranky. She doesn't take too kindly to my invitation to fool around a bit.

She looks at me, snuggled up in bed with a book in my hand, and says angrily, "I am tired. I've been working."

I say, "I've been working too since you went to school."

She raises an eyebrow.

"After you left, I spent about an hour and a half, taking care of the plants, shifting them around, and what-not."

"Then I worked on my script the entire morning."

"Then I cooked some chicken for lunch."

She looks at me as if I am a hopeless case, and walks off. Nothing can convince her that what I do is work, unless I look more miserable about it.
at June 13, 2008 6 comments:

All nature, no TV

After a half-day trek down 1000 meters to see a living roots bridge, our friends wanted us to go see a famous waterfall, Nohkalikhai in Cherrapunjee. On Day 10 of our travels in the North East, Teja, Dhanno and I thought every where we look is beautiful, we don't want to get back into the car to see something beautiful elsewhere. Specially not if it involved the gruesome ride out of Cherra Resorts.

Teja said, "I don't want to miss the sunset."

Our friends said, "We'll reach the falls before then."

I was skeptical. Dhanno and I had spent a better part of our journey doing speed = distance/time sums. Which somehow had no bearing on the actual time it took us to reach some place.

The 10 of us squeezed into one car. Dhanno was cranky, Thoi was hungry and Namya uncharacteristically quiet. The sky had darkened and we were still 5 kms away. Which could mean 10 minutes or an hour. I removed my sunglasses. The sky lightened and held out some hope.

The kids refused to get out of the car to see the waterfall. We sent them some tea and biscuits, which they ate and slept. Teja, Bubu and Surjit took photos of the sky.

The next day, Bubu told me how the fall got its name. Nohkali loved a boy from her village. When her husband found out about their affair, he cut up her lover, cooked him and served her the meat. She found a finger in her food. She went mad with grief, ran and jumped into the valley. And the fall is named after her. I'm glad he didn't tell me the story while we were there, sipping our tea. 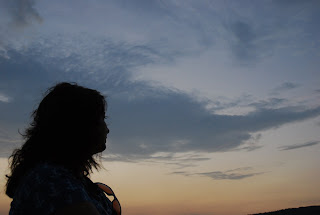 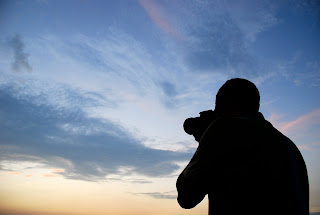 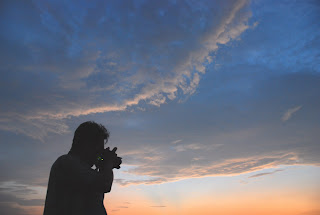 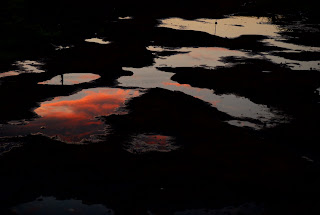