There are some days I just collapse. And I don't know what to do.

There I was, a pretty, silver balloon bobbing along with a few other balloons held snugly in a woman's lap riding pillion on a scootie on Ellis Bridge one afternoon in Ahmedabad.

If it had been a prank played by a child, maybe I could have laughed. How exactly does one laugh though, after one has popped?

What made it worse, that it was the deed of a lout, a common one, like many others you see on the street.

There was no question of laughing. And there has been no bobbing back.

Maybe if I had been a boat bobbing on the Sabarmati I'd stand a better chance. But no, I'd have sunk for ever more. Have you seen how dirty that water is?

What if I had been a duck? Would I have done better at bobbing then? No, that's too same to same as above. I'd just have been slain, and that would have been that.

The only thing that comes to mind is a phoenix. But a phoenix is too grandiose, and is it even real?

So while I figure out what I could be that would guarantee a bobbing back after an out-of-sorts except being a phoenix which I certainly could never be, you could have a look at some photos of Ahmedabad which may make more sense than my words. 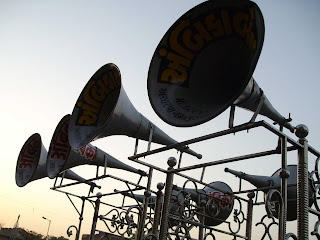 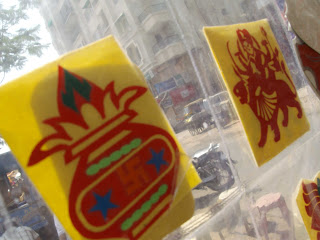 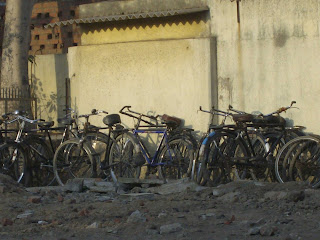 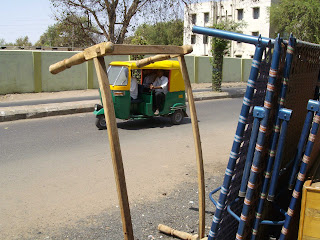 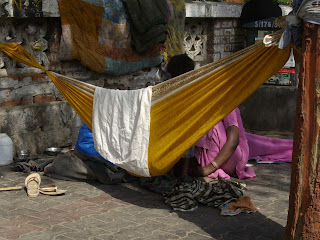 If it takes being a phoenix, then be a phoenix. It's not too grandiose at all. I don't exactly know what this post is about but I can sense you need a hug. So, *huggggg*. I hope you feel better soon.

Thank you, Sujatha. That's just what the doctor ordered.

when i read it yesterday, everything i wanted to say was inadequate so i didn't say anything. sujatha has the right idea: big hug and mwah!

You were in Ahmedabad? I can understand, you don't have to explain.

I saw Firaak the other day and felt so bloody oppressed and depressed and suppressed.

Anyway, hope you are back in good old mumbai.

Cant say anything Banno but a big hug to you . Pic 4 is very evocative and sums up the essence of what you are saying Banno .

You are MOST DEF. capable of being a phoenix :) I knew it before I met you; now I know it for sure sure sure.

not safe to be a balloon in this world now eh...

Space Bar, copers, did you say?

Sanely insane, most definitely not!